Bronze dragons exist to keep the time stream inviolate and the order of events progressing as the fates intended.
Post Reply
2 posts • Page 1 of 1 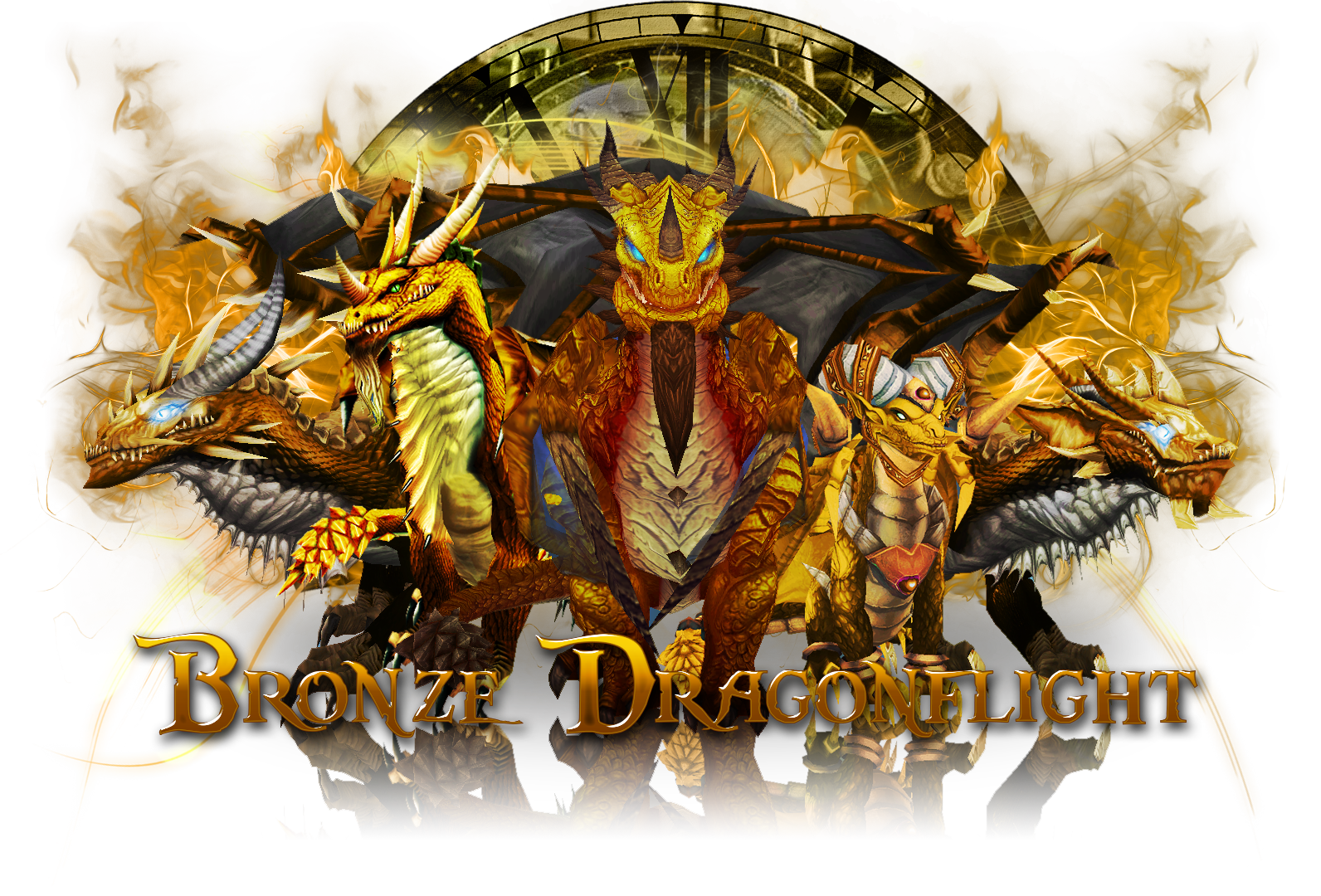 Artwork made by Aryiastrasza
The stoic bronze dragonflight, ruled by Nozdormu the Lord of Time, were charged long ago as the wardens of Azeroth's timelines. Bronze dragons police the timeways, protecting them from interlopers, restoring them to their proper place, and maintaining the balance of time.
Culture
History
Charge of the Dragonflights(-64,000) War of the Ancients(-10,000) Aftermath of the Sundering(-10,000) War of the Shifting Sands(-1000) Battle of Grim Batol(8)
Time Anomaly(21)
In the aftermath of the Third War Nozdormu mysteriously went missing yet again. The red dragon Korialstrasz received the faintest of messages from the Bronze Aspect: visions of him trapped in the time stream, a helpless prisoner of a powerful time anomaly created by the Old Gods. The red consort, along with his former apprentice Rhonin, traveled to the Stonetalon Mountains to investigate this anomaly and were themselves caught within it along with the orc Broxigar. The trio were saved by Nozdormu and cast back into Azeroth, but they found themselves ten thousand years in the past during the War of the Ancients.

The time travelers became entangled in the conflict themselves before another vision by Korialstrasz showed Nozdormu, fighting back against his captors by having called multiple instances of himself from different time periods to assist him. The Old Gods had been manipulating Deathwing, and needed his precious Demon Soul for the Legion to succeed in opening their portal to Azeroth, in turn allowing the monstrous Old Gods to follow in their wake. The time-travelers assisted the other Aspects and Soridormi in battle over the Well of Eternity and just managed closing the great portal, twarting the Old Gods from escaping. Nozdormu was then able to break free from their anomaly, rejoining the other dragons, and returned Krasus and Rhonin to their proper time.

The Infinites(26)
The bronzes also now face another threat, one much closer to home. The Timeless One has sensed a threat to his beloved timeways. Shadowy agents have infiltrated the Caverns of Time, attempting to sabotage three key historical events: Thrall's escape from Durnholde, the monumental battle of Mount Hyjal, and Medivh's creation of the Dark Portal. The Infinite dragonflight threaten to undo history. The bronze dragons are investigating the intrusions and seek willing adventurers to travel to significant events in the history of Azeroth and help restore the time-stream and preserve the future of the world

Re: The Bronze Dragonflight

Users browsing this forum: No registered users and 3 guests