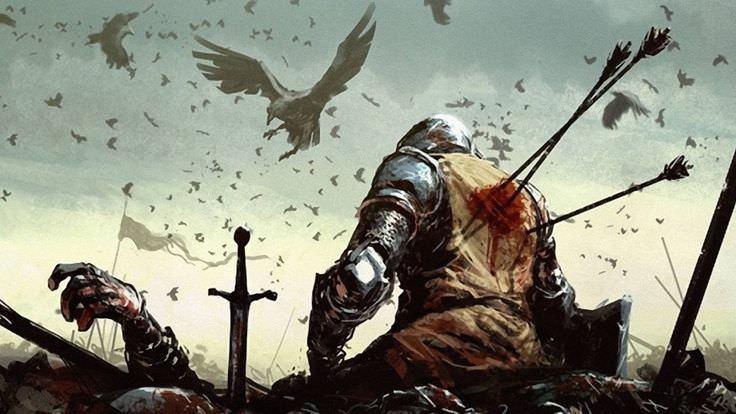 The administration has been discussing the idea of how to better give an intuitive way of monitoring your own health in combat encounters, both roleplay in casual and in those of larger events.

What is the issue, you (the administration) is trying to address?
The issue is we would like to give better transparency to players for how long they can stand and withstand another blow of attack. How close are you falling unconscious or your health being in a state of jeopardy that you might be close to dying?

I usually as the viewpoint of a DM monitor this in my internal spreadsheets of keeping track of things, but what I would like to address is that you have a way of monitoring and get a grasp of feeling how much more your character can stand before being in grave danger.

What is the solution proposed?
To introduce the idea on a test level first to see if it works to a satisfying degree, we will be setting a new factor into everyone’s TRP. Health Pools.

It will be a way for the DM to quickly see how injured you’re before joining an event, Casual RP and so on and also a way for you to track “hey I can’t take too much anymore, I need healing (mada mada)”

.. So what is my health pool? Is it based on stats or rolling?
No. Something like Health Pool will not be based on rolling. You won’t take more damage because of you rolling bad in a situation (most likely). Health Pool is simply a way for us to say as a DM, how relative damage, your character just received based on the DMs emote.

Your Health Pool is completely different from person to person, based on what your character has specialized in. Someone like for example Iskastrasza or Vylianormi will have much higher Health Pool than someone who might be a spellcaster like Aerdran.

Let us take an example. Iskastrasza. Iska is a tank, so after a discussion with the administration team. She has a Health Pool counter of 120*. Whereas the comparison default for a spellcaster might be 40*.

DM: “Iskastrasza launches herself into the fight with the Fel Lord, the two clashes together. Face to face, before the Fel Lord raises his hand and crushes it into Iska’s ribcage - 10 damage.”


Iska can then monitor this damage and subtract it from her Health Pool in TRP. So something like this could be written into Currently:

How is my Health Pool defined?
Most likely based on your character’s path, we got an idea of which area you land within. Spellcasters usually aren’t the most resilient and endurant. The administration and you will get to an agreement that sounds fair and representing of your character. Please keep in mind, the people who will have an large health pool are also then the people who will lack in other areas in combat.

Is there any difference between my health pool as a dragon compared to when I am in mortal form?
You will still have the same kind of health pool. But you will take generally less damage from the DM when you’re in your dragonform. A dragonform is (by few exceptions - see for example a frail whelp) more resilient than that of a mortal form. You would take 100% more damage in mortal form than that of a dragonform (as a general rule of thumb).

Can I change my Health Pool?
You can change your Health Pool, but in order to improve that, you will have to argument another area your character would then be lacking in. Are you giving up some spellpower efficiency, some healing abilities? What in your original application to Heartwing are you changing up to make room for this improvement to your character?

You can improve your Health Pool, but the progression of your character that you feel like needs to have more points added to the Health Pool needs to be through roleplay. It cannot be off-screen time. This is to make sure, people cannot simply say in the offline hours, your character has just been lifting iron.

All changes to the Health Pool can and must be discussed with the administration to assure nobody just alters values for the benefit of the situation.

Will you guys build on top of this idea?
Definitely. We want to give more way of expressing your characters progression more than just character personality development that roleplay gives. We have a passion to make sure, you feel like your character isn’t the same as when you started out in the guild, and we hope this helps to incentivize roleplay progression.

How does this work in Casual Roleplays when there isn’t a DM to decide what my damage is?
We would like to say that encounters between people where the damage isn’t defined by the DM, it defaults back to the player to decide how much damage they take based on the situation. We like to ask people here to be courteous and understand to each other, we’re not here to have heated debates, just have fun roleplaying

Why are you telling us all of this?
We would like to give transparency and a feel of what our idea is. We think this majorly benefits the player more than the administration and it may pave way to more systems put in place for both progression but also to make you the players feel your individual characters traits and abilities matters more.

We would love to hear your input and ideas on what this is. This is the most simple system we got currently so far, and we would love to add ideas upon it according to what you would like to see and what you feel is easy to keep tracks of.

That’s nice and all, Jes. But what do you guys think to make of future additions to this idea?
The administration wants to give you a better feeling of progression for your character, something that you can look back at, instead of simply being something written long time ago. We would like you to be able to write a progressive character with changing traits, abilities and personality.

What we would like to is add more Dungeon and Dragons element to the roleplay without fully doing everything in that style. We hope this idea banes way for Character Sheets that matters.

To give you a draft of what we think we can add on top of this in the future:
Dragonflight-specific passive traits:
Red Flight - Your natural healing abilities speed up your recovery! Healing spells and consumables benefit you 50% more. You passively regain health quicker.
Green Flight - You are more effective in natural environments. You deal 50% more damage/healing and take 50% less damage as long as you are in a natural setting.
Bronze Flight - Spells that damage you over time are less effective. The duration of damaging effects is reduced by half. Beneficial spells you cast have doubled duration.
Blue Flight - You are more magically attuned. You deal 100% more arcane damage, but take 100% more fel damage.
Netherwing - Magic gives you form. Your MP bar and health bar are one. You cast spells using your HP. Innervates and mana consumables heal you.


Remember this is a conversation. We love to hear what you would have to say.


* Numbers are subject to change based on further investigation into what works best. Do not take any of these numbers as fact, they are but arbitrary in this blog post as a means of expressing the idea.
[Alive] Aerenstrasz - Leader of Heartwing
[Alive] Aerdranstrasz - Child of Aeren
[Alive] Azraelstrasz- Second son of Asherystrasz - Not part of Heartwing