If you are interested in joining the guild this is the topic to post your application. Make sure to have read the rules and the lore of Heartwing before posting.
Post Reply
4 posts • Page 1 of 1 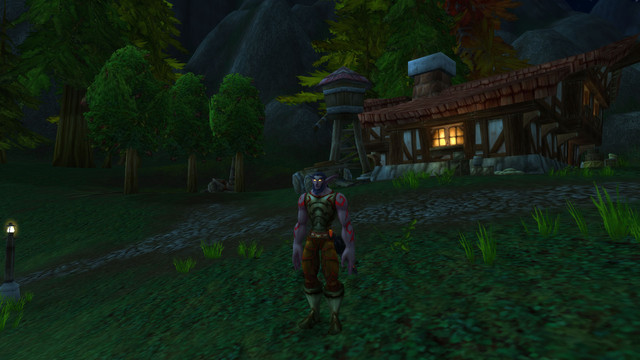 Dragonflight: red
Dragon Name: Castrasz
Aliases: Castrasz
Age: 489
Gender: Male
Adulthood: Matured Dragon
Loyalty(-ies): Alliance, Red Dragonflight
View of Heartwing: He's fond of the heartwing group, praising their efforts to keep the world of Azeroth safe.
Behaviour: Castrasz is friendly and kind to anyone he meets, unless she comes across someone with malevolent intentions or if they threaten him or anyone he cares about
Key traits: Friendliness, cautious, strong
Respect for authority: Castrasz does have respect for authority figures; and will follow their commands, unless they are unmoral, and goes against his beliefs.
Character Personality: Castrasz can be friendly, though he does have a much darker side if he encounters someone wanting to challenge him. He doesn't interact or even see mortals that much from living in isolation in an abandoned house for so long; and becoming quite annoyed whenever he is disturbed by mortals he doesn't recognize or know coming to his house. This isn't the case for people he knows.
Hobbies: Combat, fishing, smithing
Character progression goal(s): To be proficient in magic, specifically, being a master of fire magic.
Common spells: Fire magic (Fireballs, Pyroblast, etc), fire breath
Prestige spells: "Hellfire": Is able to cast deadly fireballs that rains upon the target
Character most challenged at: The loss of most of his powers from the fall of Deathwing. He hasn't faced any real threat after the fall of Deathwing, but it still troubles him that most of his powers were drained.
Backstory Summary: Centuries ago, Castrasz was born upon the world. Destined to protected the life of Azeroth and it's inhabitants. As he matured, so did his skills. By this time, he would master being a warrior, and a sword wielder. He also trained his fire magic, though he isn't the best at it, he was able to summon fire engulfed meteors to rain terror on his enemies.

The dark portal opened, and orcs begins to invade Azeroth and cause trouble to the Alliance, starting the First War. Castrasz saw the orcs as a threat, and helped out the humans in fighting back against the orcs. Castrasz fought both in his mortal form, the Kaldorei, and in his dragon form in aerial combat. But, his help wasn't enough, and Stormwind was burned, and fell to the Horde. Causing a defeat. Castrasz wasn't happy one bit. Being enraged at the orcs for what they have done. After the end of the First War, Castrasz fought again in the next war (The Second War). He fought villigently and destructively, setting fire to many Horde ships and bases. After Alexstrasza was captured by the Horde, Castrasz was devastated, as he didn't want to fight his own kin. But he also wanted to stop the Horde, so he kept on. Fighting his own flight that tried to attack the Alliance while also fighting the Horde, and the demons that tried invading Azeroth as well.

After the Second War has ended, Castrasz thought the war would stop, so Castrasz went out into the world, protecting The Eastern Kingdoms until he heard about the demons that was going to attack Hyjal. So he rushed as fast as he could to Hyjal, fighting back the demons and helping to stop the invasion brought upon by the demons. After all the fighting he has done, he has grown weak. So he went into hibernation for years. Years have passed, and the Lich King emerged, him posing a risk and concern for the safety of Azeroth. So the Horde and Alliance set sail for Northrend to deal with the threat. Word eventually made it's way to Castrasz. Castrasz wanting to help deal with the threat, he made his way to Northrend. Helping to fight back against the scourge onslaught. The Lich King was finally defeated, and he thought the world was safe. But then...

The Cataclysm struck Azeroth, Deathwing emerging and ripping apart the world. Castrasz, and many of the flight went to go stop the threat. Castrasz hanging around area's like the Twilight Highlands, and other Cataclysm infected places to deal with their threats. Deathwing was eventually stopped, the Aspects giving up their power to stop him. When means Castrasz also lost a fraction of his powers. He was not happy one bit, but understood that it was probably the only way they could stop Deathwing from sundering the world completely.

After his demise, Castrasz thought it would be best to settle down someplace. Not in some cave, but in an actual cozy place to call home. He eventually stumbled across an abandoned house, with a melon farm, and an apple farm by the house. From there, he would spend the rest of his days maintaining the house and farm, leaving the house occasionally to kill animals to gather their food to cook, and living a mostly simple life. Even making a few mortal friends.
First time at dragon roleplay? First time
(IC) Reason to join: After hearing about the events of the Legion returning, Castrasz wanted to join the fight again; to stop the burning legion at their tracks; and wanting to give new purpose to his previously boring life.
(OOC) Reason to join: I'm looking to have my character join an RP group
Timezone/Availability (United States) Central Time. And I'm usually free on a weekday at 4pm, but on a weekend, it's usually 5.
Are you aware of the guild rules, the content of the Tome of Ancient Times forum and the lore of your dragonflight?: Yes
Have you understood current timeline of Heartwing?: Yeah
Do you fully understand the lore of your dragonflight, and other essential lore information: Yes
Is your real life age over the age of 13?: Yes
Last edited by CastraszDragon19 on Wed Aug 21, 2019 2:29 am, edited 1 time in total.
Top

View of Heartwing: My character doesn't know much about it, but is interesting in joining


What would your character know that motivated him to join Heartwing?


Behaviour: Castrasz doesn't mind people, and is very friendly towards them unless they are looking for conflict


Is this really all his behaviour is about? This needs more elaboration, how is he in conversations? What does his focus on, his own pride or other's wellbeing?


Respect for authority: He has respect towards them, unless they are corrupt or something like that.

How does he receive orders? Will he act them out blindly or will he second guess every order?


Character Personality: Friendly, but if someone gets in his way, or if someone is looking to fight him, he gets hostile and fierce

This is very one-dimensional description. Character personalities are more complex than simply describing anyone as "friendly"

Does your character have no ambitions? Anything they strive for in life to become? A scholar, a fighter? Where do you see your character going and becoming?

This is too generic. What kind of fire spells? Please describe them to us, so we can get a feeling of what kind of character he is.


Character most challenged at: NA

If your character isn't challenged by anything, it isn't a well-fleshed out character which we require for access into the guild.


Backstory Summary: 389 years ago, Castrasz was born. He was apart of the Red Dragonflight. While growing up, Castrasz was a pretty strong dragon. After leaving his parents, he went to fly around the world, seeking a place to call home. There, he stumbled across an abandoned home in Hillsbrad. His humanoid form of choice is Kaldorei. He's fascinated with the Kaldorei, and wishes to take the form of one. He spends his days in his home, or wander around. He's also willing to help strangers in dire need.


This is way too bland of a backstory. Your character is 489 years old, in that time kingdoms have fallen and empires have risen, while all your character has done is stumbling across an abandoned home. Please consider to think about key-centric events that while your character wasn't directly part of it, it should have influenced your character in bypassing.


All of these would in some way challenge or confront your character.


Your application needs more substance. People have written books about 5 years of their lives, while your character in the span of 489 years can only fill a small page. For now, I have to deny this application until more content can be put into it, please take a moment to get inspired by other applications and see what kind of content goes into their character and consider how your character would react differently.

Oh hey! In case you didn't notice, I fixed some of the issues in the original app!
Top

We sincerely apologize for the wait on this one, our system did not give us a notification that your application has been edited.

I can with pleasure inform you that your character Castrasz has been accepted into Heartwing.

Thank you for your time in applying to Heartwing.

Users browsing this forum: No registered users and 4 guests